Recent changes to UK tax legislation have led to questions being raised as to whether non-UK residents should always choose to acquire commercial property in non-UK resident vehicles. It used to be the case that if you were a non-UK resident acquiring UK commercial property, it was generally better to structure the acquisition of such property so it was owned by a company in a non-UK, tax neutral jurisdiction. However, a number of recent developments have meant that this may no longer always be a sensible choice, particularly if there is a plan to develop land and sell it soon afterwards.

Holding property as an investment

If you are investing in commercial property and, broadly, expecting to hold it for at least five years and receive rental income from the property, it is still likely to be sensible to hold the property in a non-UK resident company in a jurisdiction such as Bermuda, the Channel Islands or the BVI.

If commercial property is being held as an investment, it normally still makes sense for it to be held in a non-UK resident company so that any capital gains are not subject to UK tax.

If you are planning to trade in property, develop new property or renovate an existing holding and then sell it shortly afterwards, the position is no longer so clear cut. New “transactions in land” rules, introduced in relation to disposals on or after 5 July 2016, mean that any gain within these rules will be subject to UK corporation tax, whether the disposal is made by a UK or non-UK resident company.

The distinction between investment and trading

Since for non-UK residents the UK tax treatment if property is held as an investment is currently much more favourable than if property is held for trading/development purposes, it would be helpful if the distinction between these two activities was clear cut. This is not necessarily the case, however, as in order to distinguish between investment and trading/short term development activity, it is necessary to consider UK case law and HMRC’s (the UK tax authority) guidance.

UK case law has established that there are certain factors which should be considered known as the “badges of trade” in order to decide whether or not property is held as an investment. These factors include how long the property has been owned, what the intention was when the property was purchased, and whether it has been developed or improved (rather than merely repaired) before disposal.

Prior to the new “transactions in land” rules, some property developers would structure their transactions by holding land in a jurisdiction such as the Channel Islands and contend that either profits from the activity were not taxable at all in the UK because there was no permanent establishment in the UK, or that the profit which could be taxed in the UK was limited, since most of the activity from which the profits derived was taking place outside the UK, for example by paying fees to a connected offshore development company. The new rules clamp down on these practices as HMRC want to ensure that onshore and offshore property developers are treated in the same way for UK tax purposes.

The new rules can apply in a number of circumstances including where land is held as trading stock, where it is being developed for the purpose of disposing of it or where one of the main purposes for acquiring the land is to realise a profit or gain from disposing of it. The rules can apply not only where land is sold but also where there is an indirect sale, for example, by selling shares in a company which owns the property.

The new rules are also much broader than the anti-avoidance legislation which previously applied. For example, there are now anti-fragmentation rules which can effectively ignore fees paid to connected persons for services or ignore loans provided in a way which result in a development profit falling outside the scope of UK tax.

Where it is thought that the new rules may apply, careful thought needs to be given as to whether it is still worthwhile to structure the transaction by holding property in a non-UK resident company since, if caught by the rules, profits will be subject to UK corporation tax in any event. Given the relatively low current UK corporation tax rate it may be simpler to establish a UK resident company.

However, it may still make sense to hold the property through a company based in another country if the investor already has substantial assets in that other country so that it is convenient for the property to be held there and feasible to show that central management and control is taking place there. A UK-incorporated company will normally always be UK tax resident. If a non-UK incorporated company is utilised, it will only be non-UK tax resident if its central management and control (normally where the board of directors meet and make strategic decisions) is outside the UK. Therefore,if a company holding UK property is to remain non-UK resident its affairs must be managed carefully.

In addition, there may be UK inheritance tax advantages for individuals who are neither domiciled nor deemed domiciled in the UK in holding UK commercial property through a non-UK company.

Although these new rules will not yet apply to non-UK resident companies, the current consultation exercise suggests that this advantage is likely to be short-lived.

This article only considers the position in relation to UK commercial property. There are different factors to be taken into account in deciding the structure through which UK residential property should be held and additional taxes can be incurred if such property is held through companies or certain other vehicles.

If commercial property is being held as an investment, it normally still makes sense for it to be held in a non-UK resident company so that any capital gains are not subject to UK tax. However, where the new transactions in land rules may apply the position is more complex and specific advice should be sought. 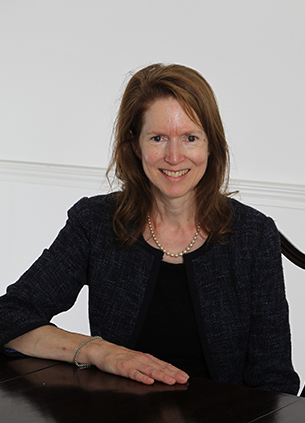 Heather Corben, a tax partner with assistance from Howard Gill, a commercial real estate partner who are both at Forsters LLP, a leading London law firm based in Mayfair.

Heather has broad experience of advising corporate and individual non-UK residents and UK residents on the structuring of commercial and residential real estate deals, joint ventures and funds.

Heather can be contacted in the following ways:

Howard acts for a number of Asian investors who have bought and sold big ticket commercial real estate assets primarily in London.

Howard can be contacted in the following ways: